Want preferential tickets and audition info for future shows? Sign up for our mailing list here so that you don’t miss out on matinee tickets again!

We have set up a campaign to support our regular charity Community Christian Aid Eastwood. Click here for info. 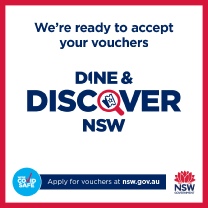 EUCMS is thrilled to announce our upcoming shows: 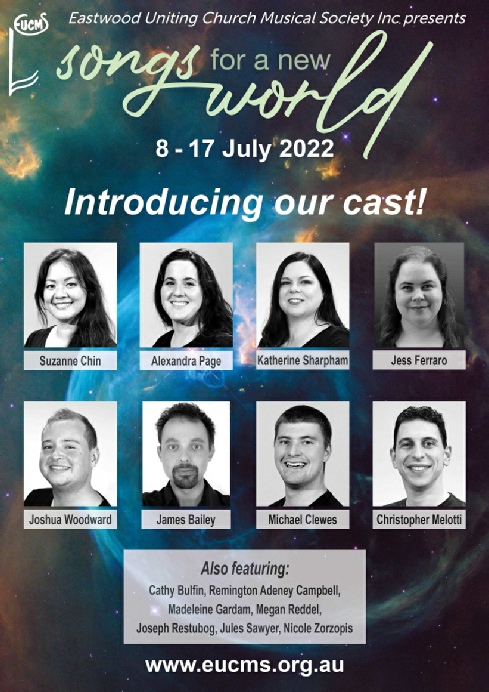 SONGS FOR A NEW WORLD

EUCMS - Songs for a New World - Meet the Cast

We’re excited to announce the brilliant cast of our July production of Songs for a New World.

Songs for a New World by Jason Robert Brown is a collection of carefully crafted story-songs elegantly placed into a cohesive whole, referred to as a ‘song cycle’. This musical presents a series of unique characters in different places and different times who all face a moment of decision and change. In a range of jazz, ballroom and Broadway styles, these stories build a picture of anticipation, loss, uncertainty, perseverance, love and hope - messages and themes that will resonate with and inspire audiences in today’s world.

Tickets will go on sale 25 May.

For those wanting to join the society as a new member in the ensemble of our next production Songs For a New World, please follow the above link for audition information.

If you are interested in general society membership both on or off stage, you will need to contact us at members@eucms.org.au for details regarding our next New Members Night.

Adult membership is available for those in Year 8 high school and above.  When a show requires a younger performer, these roles will be cast at specific show auditions.

We offer a flexible ticketing policy where seats can be exchanged to another performance up to two hours before a performance, subject to availability. If you decide to cancel rather than exchange your tickets, we will give you credit for a future EUCMS show, which may be used at any time in the next three years.