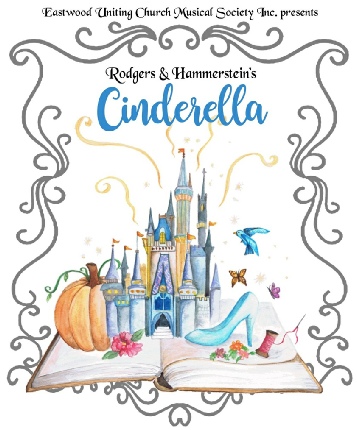 Adapted for the Stage by Tom Briggs | From the Teleplay by Robert L. Freedman

“Cinderella” is presented by permission of ORiGiN™ Theatrical On behalf of R&H Theatricals; www.rnh.com

The classic fairytale of Cinderella meets the warmth, humour and humanity of renowned musical theatre writing team Rodgers and Hammerstein, as one young woman finds the courage and strength to turn her dreams into reality.

With captivating music, including songs such as “In My Own Little Corner”, “Stepsisters’ Lament”, “The Prince Is Giving A Ball” and “Ten Minutes Ago”, this magical production reminds us that “impossible things are happening every day”.

Cinderella premiered in 1957 as a special television event starring Julie Andrews, and proved so popular that it was later revised and expanded for the stage in this Enchanted Edition.