Based on the novel by Frances Hodgson Burnett

BY ARRANGEMENT WITH ORiGiN™ THEATRICAL

ON BEHALF OF SAMUEL FRENCH INC.

The Secret Garden is a family friendly musical based on the 1911 novel of the same name by Frances Hodgson Burnett, re-imagined in brilliant musical style by Lucy Simon and Marsha Norman.

Orphaned in India, 11 year-old Mary Lennox is sent to Yorkshire to live with her embittered, reclusive uncle and his invalid son, neither of whom she has ever met. The estate's many wonders include a magical garden which beckons the children with haunting melodies and the "Dreamers", spirits from Mary's past, who guide her through her new life, dramatising The Secret Garden's compelling tale of forgiveness and renewal. Mary's own personality blossoms as she and a young gardener bring new life to a neglected garden, as well as to her uncle and her sickly cousin.

General information about the show and characters can be found at the Origin Theatrical website here.

The original Broadway soundtrack and some video clips are available on YouTube here. 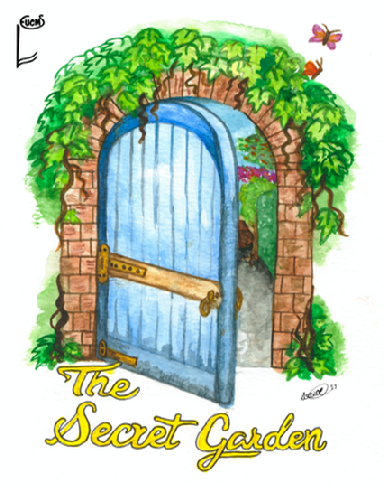