ANNIE GET YOUR GUN

Music and Lyrics by IRVING BERLIN

As Revised by PETER STONE

ANNIE GET YOUR GUN IS PRESENTED THROUGH SPECIAL ARRANGEMENT WITH ORiGiN THEATRICAL
ON BEHALF OF R&H THEATRICALS www.rhs.com

ANNIE GET YOUR GUN scored a bulls eye when it returned to Broadway in 1999, starring Bernadette Peters and sporting a revised libretto by Tony, Oscar and Emmy winner Peter Stone. As Newsday reported, Stone's revisions "are sweetly ingenious, and the show is a dream."

Stone reshaped the 1946 book to create a Wild West show-within-a-show that frames the ageless 'Anything You Can Do I Can Do Better' love story of sharpshooters Annie Oakley and Frank Butler. Stone has added a secondary romance between the younger sister of Frank's bothersome assistant Dolly, and a boy who is (to Dolly's horror) part Native American. "The book has been updated in ways that pass p.c. muster," reported Time Magazine, "without losing all the fun."

Joined to the new book, of course, is that amazing Irving Berlin score, featuring hit after hit after hit. "Irving Berlin's greatest achievement in the theater," wrote the New York Post, ANNIE GET YOUR GUN "will always be a musical for the ages, one of the Broadway theatre's enduring triumphs."

Irving Berlin’s musical Annie Get Your Gun is a gun-toting fictionalised version of the life of Annie Oakley, a sharpshooter who ousted her romantic partner Frank Butler as the star of Buffalo Bill’s Wild West travelling show. Annie transitions from her small-town life (delivering game that’s not filled with buckshots to the local hotels) — and has virtually no idea how to translate her unusual skills of precision into the world at large.

This is a show full of love and conflict (with the bruised egos and fantastic expectations that go with it!), toeing the line of opposing paradigms. What is conventional? What is traditional? What is normal? I’m excited to forewarn you: we will be asking all of these questions, and creating a new context for this wonderful show -- that is literally out of this world! 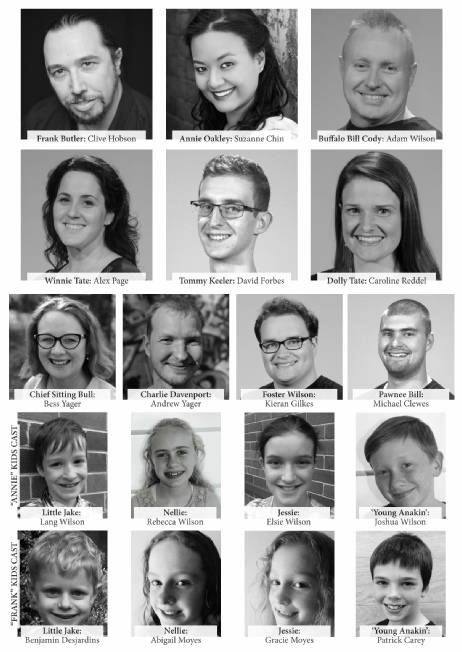