SONGS FOR A NEW WORLD

EUCMS - Songs for a New World - Meet the Cast

We’re excited to announce the brilliant cast of our July production of Songs for a New World.

Songs for a New World by Jason Robert Brown is a collection of carefully crafted story-songs elegantly placed into a cohesive whole, referred to as a ‘song cycle’. This musical presents a series of unique characters in different places and different times who all face a moment of decision and change. In a range of jazz, ballroom and Broadway styles, these stories build a picture of anticipation, loss, uncertainty, perseverance, love and hope - messages and themes that will resonate with and inspire audiences in today’s world. 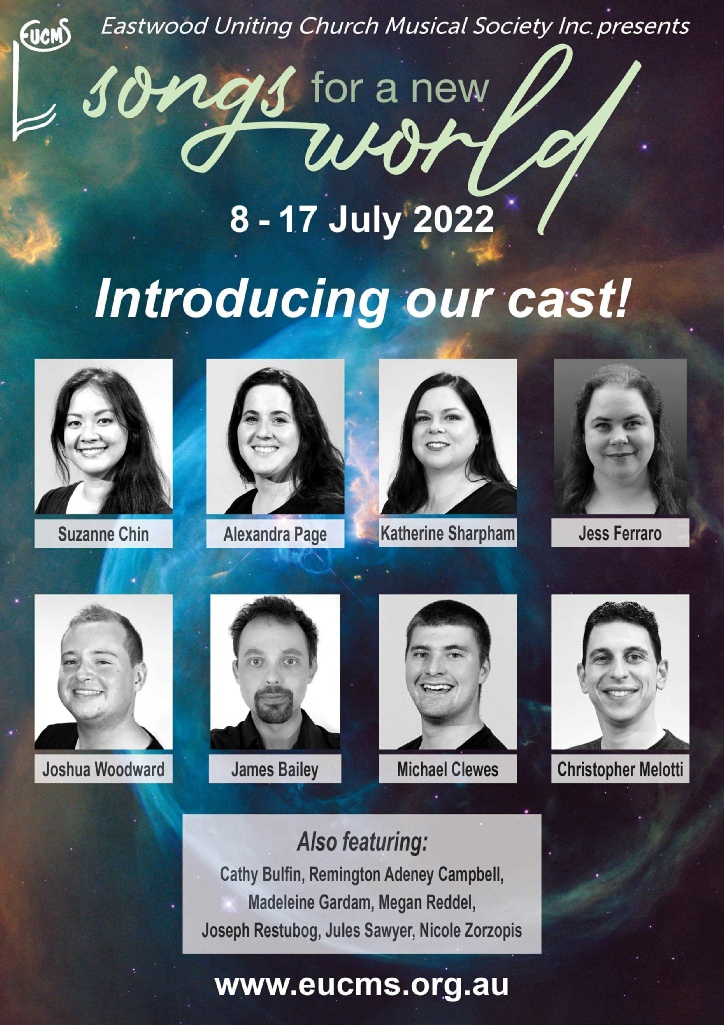